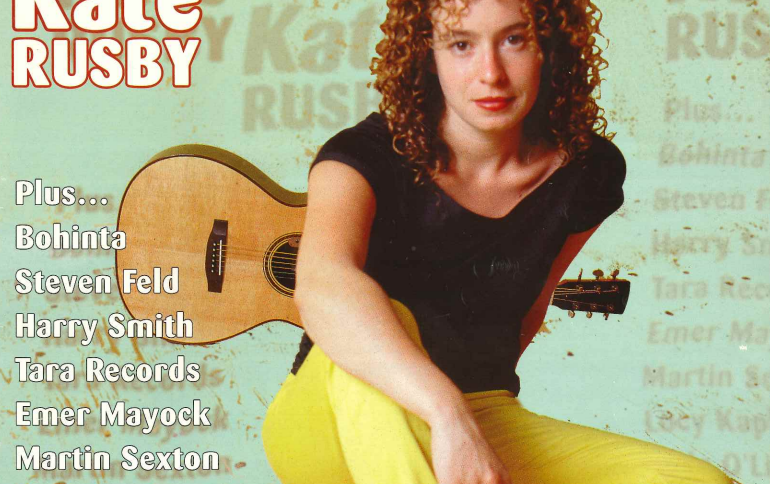 We know, 90s fashion is a debate in itself!! The fact Kate still owns the exact pair of yellow trousers featured on the cover of Folk Roots magazine proves how legendary they are.

This edition of Folk Roots capped off a monumental year for Kate, as 1997 was the breakout year for her debut solo album Hourglass. The interview with Colin Irwin titled “Rusbymania” captured reader’s attention from the get-go. It details the success prior to Hourglass and highlights the impact Kate & Kathryn Roberts made in folk with their collaborative album in 1995. Other memorable topics covered within the article are the inception of Pure Records and growing up in a folk world.

Have a read of the interview below and relive the year 1997!

It's festival season! Glastonbury and more...here

Awww, it's the last Random Act of Kindness Bag of

It's Random Act of Kindness Bag #14 and we're clos

Pure Records staff are currently working part-time but we will aim to get back to you as soon as we can.